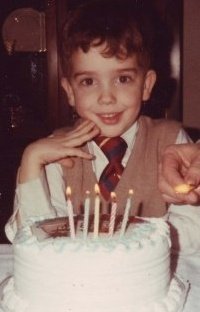 Oh, hello there. Thanks for stopping by. Since you’re here I guess I’ll tell you a bit about myself.

I would love to tell the story so many food writers tell about themselves, something about learning how to cook from a grandparent or parent by watching them in the kitchen, absorbing their lessons and learning the traditional dishes that have been passed down for generations. Lovely, right?

But, dear reader, that’s not me.

Growing up in the Midwest suburbs of the ’80s and ’90s, there were no “crisp-tender” vegetables. Pancakes and brownies were from a box. Dinner was from the freezer. Dessert was from the cookie aisle or the bakery. My single mother with a full-time job and four kids had to get dinner on the table fast, so it was pizza, frozen meatloaf, or spaghetti and jarred sauce, with the occasional assist from Kentucky Fried Chicken or McDonald’s. And I have to admit, I was a picky eater. I actually had trouble keeping down those, how shall we say…very, very cooked vegetables. Everything else was…fine. (Except for the frozen eggplant Parmesan. Just. No.)

What I did love were the endless reserves of those pancakes and brownies, not to mention any and all other desserts, treats and snacks (my sweet tooth was about as big as that stack of pancakes). And I did learn some things in the kitchen, like my mom’s trick of slightly underbaking banana bread for maximum textural satisfaction (which is a way of saying “moist” without saying “moist.” You’re welcome.) (Wait…)

So I liked the kind of foods that kids like without thinking much about food in general.

This continued well through my teens until, as a sophomore in college, I switched from dorm life (and a dorm cafeteria) to my own tiny studio apartment. I actually had to learn how to feed myself. I also started working at a cooking store and realized that to sell cooking equipment I should maaaaaybe know how to use it. So I started making anything and everything I thought I should know: chicken breasts, tomato sauce, vegetables that actually held their shape. Without a tether to any traditional dishes or cuisine, my culinary curiosity was free to roam just about anywhere.

It wasn’t easy at first. There was the time I had no other food for dinner except for a lemon poppy seed quickbread made from a mix with a thick, gritty icing because I didn’t know the difference between confectioners and granulated sugar (hush, this was before the internet…kind of…). Hamburger Helper was constantly on standby, like an understudy side-eyeing the diva pork chops, waiting for its chance. And I definitely set off my smoke alarm more than once. But thanks to The Joy of Cooking, the Better Homes and Gardens New Cookbook, Men’s Health, and other sources, I got better. I learned how to cook a chicken breast so it wasn’t dry. I sensed on my own that sometimes you need to add a pinch of sugar to your tomato sauce to balance the acidity. Asparagus and green beans could be delicious! Progress!

Soon, this became more than just a way to sustain myself.  Depression that had been simmering under the surface for years finally burst through the surface in my early twenties. I often didn’t have the energy to get out of bed. But there was something about cooking – like exercise and therapy, cooking became a tool to exert some control over my body and my life. It not only nourished me, it gave me something to look forward to, which is an extremely important thing for those with depression.

But while cooking helped, it obviously didn’t cure me, either. And moreso, physical ailments had been a normal part of my life for so long I barely thought about them. I didn’t question these painful symptoms of my digestive system until my early thirties (yes, I’m a little slow and yes, I’ll spare you the details). What if they aren’t normal? What if I’m not supposed to feel this way? Researching how foods may be the cause led to the Paleo diet. Reading Robb Wolf’s The Paleo Solution changed my life. It made sense to me. It spoke to me. Well, it was more like a whisper: “Pssst. WTF, dude? Get your s*** together, literally, and do this already.”

Obviously the low-fat, high-grain diet pushed on all of us for decades wasn’t working for me. (Can you believe they used to recommend up to 11 servings of grains a day? 11 servings. In three meals. Insanity.) I started cutting out all grains, dairy, legumes and sugar, and immediately started to feel better, both physically and mentally. I was more solid, more clear-headed and my digestive issues cleared up almost entirely. And I was able to focus my passion for cooking to this new approach through trial (almond flour? Okay, sure) and error (first batch of almond flour pucksImeanpancakes? Nope).

Seven years later, I’m still in much better shape than I was before. Along with regular exercise, therapy and medication –  even though digestive issues occasionally flare up if I’m not careful – it’s clear that ancestral health is still the answer for me. Sure, I’m not perfect at it. You’ll get me to stop eating gelato when you can pry it from my cold, dead hands (cue Simon & Garfunkel: hello sweet tooth, my old friend). But any deviations are small and short and always gluten free. Going Paleo has taught me how foods affect my body so I can make more informed decisions. I know what’s worth indulging in and what’s not (see: aforementioned gelato; also: wine; also also: gelato and wine together). And with more experience under my belt and more resources online seemingly every day, cooking the Paleo way has gotten much easier and more enjoyable.

Cooking taught me to sustain myself. But eating healthier teaches me how to take care of myself. Self-care can be difficult, it can feel selfish and egotistical, and there’s often not a lot of time for it. But I’ve learned that it’s important – necessary, really. And when you take care of yourself, you’re better at taking care of others, which is another wonderful benefit of cooking. Now that I’ve been cooking for almost 20 years – 10 of those devoted to Paleo and grain-free cooking – I’ve seen how the benefits of what you do in the kitchen spreads to other parts of your life.

Geez, who knew I’d ramble on for so long? I’m getting hungry – let’s eat! 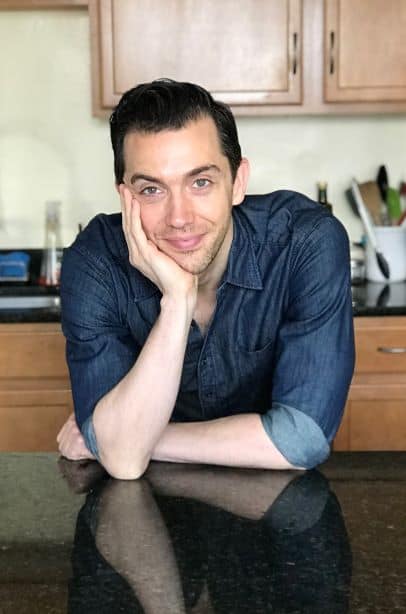